In the last couple of years, a few fashion designers and department stores have begun to realize that there is a need for diversity in the models they choose to advertise their products. Carrie Hammer is making fabulous clothes to fit real-life figures, more and more fashion publications and brands are publicly moving away from photoshop and the world is taking to social media to call out unhealthy standards in catwalk models. Israel has even taken the impressive step of banning underweight models from their catwalks and advertisements.

Studies have shown that the images we are exposed to on a daily basis influence our perception of the world. Following this to a conclusion, it seems logical that if we only ever see thin, pore-less, Photoshop-distorted bodies in the media, we begin to perceive this as normal. The natural next step leads to concluding that your body is not like the ones you see in the media — those supposedly normal bodies — and therefore there must be something wrong with it. Unfortunately, this seems to be the way that it works in the world in which we live. People who aspire to these unrealistic and dangerous body norms fall victim to extreme dieting and eating disorders time and time again, and those who see themselves as being too far from the ideals can develop body dysmorphia that further leads to truly unhealthy lifestyle choices out of despair.

There is, however, hope for the future! We know that people who feel good about themselves and are happy with how they look (no matter their size or shape) are more likely to take care of themselves in other departments. That we need to see more variation in the advertising, film, fashion and beauty imagery that we absorb daily with our eyes and our subconscious minds has become obvious. A shift in the body types that are featured in these fields would make such a huge difference in the way that people see themselves and feel about their bodies.

Whilst plus-size fashion saw a lot of positive change in 2014, other areas of size acceptance and body image as a whole remained a mixture of highs and lows. But if we look at some of the things we can already expect from 2015, maybe this year’s “year in review” come December won’t feature as many lows. 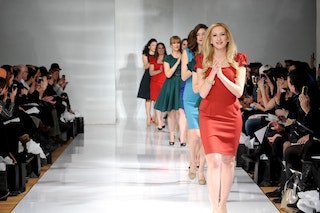 Fashion designer Carrie Hammer is moving things forward in all the right ways. Her crusade to create a body image friendly line is exactly what we need to fight the epidemic of body image issues and self loathing that are damaging our society so badly. Last year, Hammer told Bustle, “Since the beginning of my fashion line, it’s always been about fighting body dysmorphia, and all about having the dress fit you rather than you getting your body to fit in the dress.” Hammer will be showing again at this year’s NYFW, and hopefully she won’t be the only designer daring to show more realistic standards of beauty. 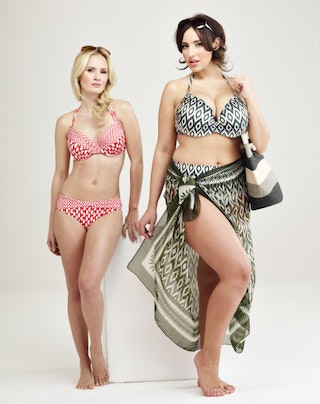 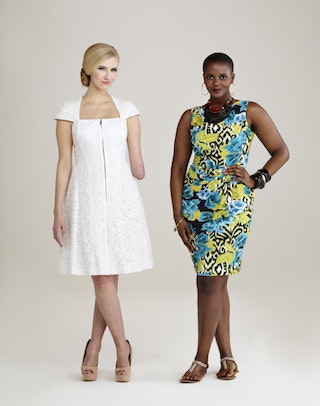 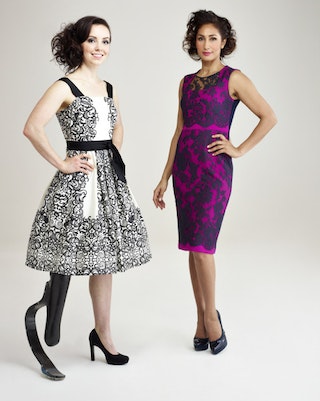 In the last two years, UK-based department store Debenhams has made three significant steps forward in the fight against body shaming, telling reporters, “We want to help customers feel confident about their figures without bombarding them with unattainable body images.”

Firstly, they vowed never to photoshop their models. They then filled their stores with average human size mannequins. And finally, they included models of all shapes, ages and sizes in their advertising campaigns — and models who were differently abled as well. As for 2015? Something good is bound to be in the works.

As humans, we are no longer the silent masses that have to accept everything that is thrown at them. Emporio Armani learned this the hard way when fashion fans took to Twitter to voice their concern about the protruding ribs, bony shoulders and sunken cheeks of their catwalk models.

When it comes to 2015, I predict we’ll be using those 140 characters to see the grander, long-term goals of body positivity come to fruition.

PreviousPrevious post: Why We Need To See More Real Bellies
NextNext post:The Mermaid Trend is All Over Fashion, But Why Do We So Love These Creatures of the Sea?